In the wake of the Blood Moon Eclipse in Sagittarius, Persephone, daughter of Ceres is born. The Blood Moon is said to be one of the most pivotal cosmic events of 2021, this post ecliptic arrival gives us the possibility to open the door to something extraordinary in relation to our Aura-Soma journey of colour and light. When we look into the light shone into the orange we're not only looking into what that means to ourselves but also the deeper meaning that comes from our soul in relation to what's unfolding through the deeper aspects within the system.

Ceres' (known as Demeter in Greek mythology) daughter, Persephone, coming into being has a wonderful synchronicity, from a colour point of view, as the Orange, in the upper fraction in 119 was rescued in a conscious way it is now appearing in the base fraction, the clear in the upper fraction introduces light into the Orange, an exquisite transition that brings relief in relation to our immortal soul. Persephone could really help to bring our soul's purpose of incarnation into being.

If we think about this in relation to the numerological correspondence of how 119 is also a 20 we see how the 1 with the 20 is like a physical rescue of the 20, the Star Child. Persephone, 120 is also a 12, and the Clear over Blue in the 12 is the absolute colour opposite in Aura-Soma, to the Clear over the Orange, this is such a synchronicity in relation to what it has been as a missing piece of the Child Rescue Set that is coming into being at this point in time when it is that it's so needed in relation to the healing of the timeline both forwards and backwards. We might think of it as an initiatory step (12) that has been born out of our journey of the 21 keys and a significance in relation to what it is that's taking place. Whenever it is that the 21 keys are repeated then, the 120, Persephone, becomes a part of the whole of the process of the healing of the timeline, the opening of the doors to the possibility of overcoming our relationship with trauma, and how the awakening part of the trauma experience brings us to a greater sense of fulfilment, a greater sense of the potential for bliss, and the deep insights that might arise if it is that we can find our way through what it is that we've buried in relation to how our traumatic experiences impact the way in which the unconscious patterns influence what happens within our lives. It's so important, this particular piece of the puzzle of the unfoldment of colour and light, the unfoldment of the number sequencing, within which we're witnessing the Spiritual Rescue of the 12, and how it is that that comes to be within the 120. Persephone opens a door to a new opportunity.

Another part of the story with Persephone is our relationship with communication. I really believe that this bottle can help us with the pineal pituitary connection, and how it is that our potential if we can release the traumas of the past, if we can gain insight into how it is that they've influenced our current behaviours, can also open up our clairvoyance capacity, telepathic and telecommunication abilities in terms of our higher mind functions.

In mythology Persephone is known as the Goddess or Queen of the Underworld. Persephone, daughter of Zeus and Demeter (Ceres in Roman mythology) had been very protected throughout her childhood as Demeter did not want anyone to see her beauty and pureness of spirit for fear they would fall in love with her. It is said that Persephone was dancing and enjoying the butterflies in a meadow when the earth erupted and Pluto came forth in a black chariot to take her into the Underworld. Conflicting stories say Zeus permitted Pluto to steal Persephone as Zeus knew that Demeter would not allow it. Demeter was so distraught at the loss of her daughter she didn't plant any seed or nurture the growth in the fields. The Gods in the Overworld could hear the starving screams of the mortals leading Zeus to negotiate with Pluto. Pluto agreed to 'allow' Persephone to spend two thirds of the year with her mother and one third of the year with him in the Underworld, thus accounting for the seasons, however in the negotiations Pluto begged for one more night with Persephone. On this last night Pluto came to Persephone to tell her what had happened and shared some pomegranate seeds with her. As legend said that if you eat the fruits of the Underworld you must return to it, this trick meant that it was Persephone's fate to always return to the Underworld. Demeter was the Goddess of the Harvest, Agriculture, Fertility and without Persephone by her side during the Winter months the land became barren, Ancient Greeks greatly feared the name Persephone and avoided saying it. The translation of her name thus alternates between either the bringer of the darkness or the bringer of the light and I am reminded of Hades (Pluto) saying, 'you don't realise I'm darkness' and Persephone's response was, 'and you don't realise I've got more understanding of the shadow than you'.

Persephone is therefore an expression of the duality of light and dark, how we cannot live in a world or in ourselves without shadow. As we journey towards individuation through the Orange healing of the timeline and the Clear fraction bringing in the light we have the opportunity to gain freedom from the patterns of the past, shining the light into the Orange after it has been made conscious in Ceres (119). To undo the patterns of the past that create the things that we don't want in our lives it is necessary to be able to see or to witness impartially what lies within the shadow of ourselves, Persephone is an incredible gift that we're being given to enter this possibility.

Be The First To Review This Product!

Help other Heavenly Energies users shop smarter by writing reviews for products you have purchased. 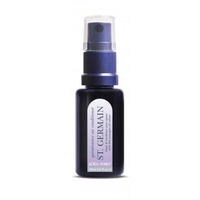