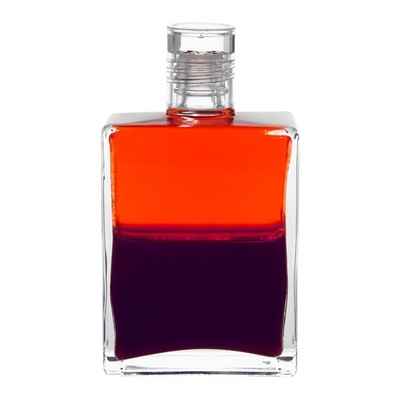 Here are Mike Booth's  (Chairman of Aura-Soma)  insights about this new bottle:

The number 20 has been very significant this year, in Aura-Soma bottle 20 is the Star Child. In a sense this bottle represents the difficulties of the child, the shock, the traumas, all the difficulties on the timeline, ancestrally and in relationships. When we consider the Star Child (B20) we also consider Sandalphon (B98) the return journey of the 20 and the reverse of Echo (B118); there's a sense that in Ceres something very significant has the potential to be reversed. The Red/Violet B19 always reminds me of George Harrison's song, “Living in the material world”. It's almost as though everyone on the planet has been challenged by this. How do we live in the material world in 2020? Our whole appreciation has been changed and challenged.

There's also the physical rescue within the 19, the 1, showing us what needs to take place, how it is that if we want something different, we need to take responsibility either within the physicality or in what we choose to manifest.

Also let's just briefly look at the 11/89 which obviously has a relationship at a colour level (Red/Deep Magenta), it is called the 'Energy Rescue' and no doubt Ceres will also be called the 'Shock Rescue'. Let's see how it is that it might be helpful in relation to healing the timeline, both for ourselves in this life and also the causal factors genetically or ancestrally that have left us where we are now that need to be re-evaluated.

The seeds that have been planted in the past, that have led us to the situation that we face now. This bottle gives us an immense possibility of healing the trauma and shock, not only for coming into incarnation at this time but also by being able to plant the seeds of light and bliss for those who are yet to come. The 11 is always a doorway, the sequence that has unfolded with the 11 at the beginning from 110 to 119 offers us doorways. The 119 must be a deeper level of meditation (B9), of mindfulness and awareness of gaining insight through practice. To rescue our self in the midst of an alarm clock going off on the timeline. The meditations we have been sharing in the network of Aura-Soma over the last months must be a contribution, however small, towards the solution. The potential through gaining insight is that it becomes a resource for the light that lies within. Because the 119 relates to the 10 Star it indicates that it is to do with the deeper aspects of our Being, what might be referred to as the third body. What lies beyond the thinking (9 Star) and the feeling (11 Star) is our Being. The 10 Star also talks about the causal nature, “as we plant so shall we reap.” This is such a strong theme with Ceres, she is the Goddess of the Harvest and the nurturing and the planting of the seed.

Every thought and every feeling carries a frequency, a seed for something that is to emanate in the world, how it is that we might grow the plants that we truly wish with our intention rather than the unconscious manipulative tendencies.

Ceres within the Roman mythology is known for the mother's love, the nurturing of the mother. How through Ceres coming into being we might heal the relationship with the mother, the mother being both our physical mother and the being of the Earth, Gaia. This relationship is paramount for the future and how it is that the very deepest happiness (Orange) can come about if we understand that relationship, what she asks of us. The Deep Magenta in the base is also an indication of how critical the situation is at this point in time, the Deep Magenta contains all the colours, the love from above and the love in the little things, giving us the opportunity to bring all of that to the fullness of Orange.

There is a light at the end of the tunnel where our relationship with time changes when we enter the moment without hesitation. Each moment is essentially free, and it is only what we bring into the moment, from conditioning or the ghosts of the past, that corrupts the energy of the moment. Ceres offers us the opportunity to let go to find solace with Uriel (the Return Journey of the 19, the 97) to gain clarity towards the wisdom that lies within.

The most famous story regarding Ceres is of her daughter, Prosperpina, being stolen away to the underworld by Pluto. Ceres, devastated at having lost her daughter, searched tirelessly neglecting her 'duties' leading to droughts and famine. Upon learning her daughter was in the Underworld she begged for her to be released, Pluto agreed but only for 6 months a year. This compromise results in our seasons, the winter months being whilst Prosperpina is in the Underworld and Ceres longing for her daughter and the glorious, fruitful summer months represent Ceres bursting joy at being reunited with her beloved daughter.

Ceres protects women's transitions, from girlhood to womanhood, from unmarried life to married life and motherhood. Also Ceres can be known to help the deceased transition to the afterlife if given appropriate rites.

The etymology of 'Ceres' is thought to be 'kerh' meaning 'to nourish, satiate or feed'.

with love and light,

5 February 2021
The bottle is fantastic! Five Stars. I'm finding it really helpful for healing deep trauma along the timeline. Kelly
(5)

Heavenly Energies Response
Thanks so much for the feedback, I agree, this bottle is just perfect for where we're all at. 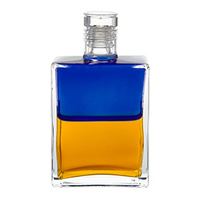 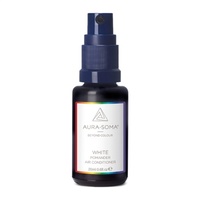